Some stars undergo a violent explosion at the end of their life. We know them as Novae, Supernovae, X-Ray bursts etc., and the processes behind such catastrophic and extreme events have obviously attracted a lot of attendance. These explosions occur towards the end of a star’s life, where the thermo-nuclear processes are often much more complex than in our own stable sun. The study of such processes - where energy is generated much faster than in normal stable stars through capture reactions in unstable nuclei, could in combination with traditional astronomical measurements, lead to a better understanding of these explosions.

The SECAR Project (SEparator for CApture Reactions) at the Facility for Rare Isotope Beams (FRIB), a future U.S. Department of Energy Office of Science scientific user facility, at Michigan State University will play a major role in this hot research area. The SECAR instrument beam line will be able to study the nuclear reactions of proton rich radioactive beams that are generated from the existing (ReA3) and coming (FRIB) installations. In this way, it should be possible to link theoretical predictions with astronomical observations. The SECAR instrumental setup allows the study of reaction rates of the nuclear species that appear at the times of the explosions.

Danfysik’s contribution to SECAR is the complete beamline from right after the target station. The beamline consists of a series of dipole magnets, quadrupole magnets and also some sextupoles and an octupole. The most important part of the beamline is two large Wien filters (WF1 and WF2 on the drawing). The beamline will be constructed in two phases as shown in the table. Phase 2 is not yet contracted. The phase 1 magnets, Wien filter and beamline are under development/manufacturing at Danfysik. The supply includes the design, manufacturing, testing and documentation of all magnetic and electrostatic components and their power supplies. 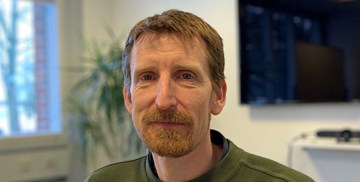